Hello again fellow bloggers, authors, and book lovers! Today we are here to do something extremely special: announce the winners :)

Without further ado, the winners of The Bloggy Awards! (By the way, these won't be linked since you all went through the voting process and I'm sure you recognize many of these amazing bloggers :).)

Those are the winners everybody! :) We'll hopefully be emailing you sometime within the next week, and the people who volunteered to donate! OR, if you want to make life easier for us, you can email us at bloggyawards@gmail.com, telling us you won, which categories, and if you live in the US, Canada, or if you're international :). Then we'll probably talk, see what kind of prize you want (we have swag, eBooks, and gift cards at the ready! ;)) and then I'll forward your email to someone who's willing to send that prize to you :)

Also, buttons will later be made, sent out, and also, we're going to make a "Bloggy Awards Contributor" button for anybody who nominated, donated, or did anything to help us, and "Bloggy Awards Nominee" button for all you nominees :) Be on the lookout for that!

As for technicalities, we have a few changes come next year. First of all, for the "Best Review for a Certain Genre" awards, we're going to structure it so that only ONE review from each blog who get's nominated is allowed for all of those categories. For example, say my review of Harry Potter and the Sorceror's Stone was up for an award in the Best Review for a Fantasy Book. And then somebody also nominated my review of The Hunger Games for the dystopian category. That will not be allowed next year. This is because every review that is nominated will automatically proceed to be nominated, and we don't want so many nominated reviews that it'll go crazy. This is our way of trimming things down.

Also, another thing we must address: giveaways. We love that you're trying to promote this event by hosting a giveaway to spread the word, but we don't want that. Some complaints were made throughout this when a few giveaways popped up, so we want to prevent that. If you host a giveaway next year, you will be automatically disqualified from every award you're running in. Period. I hate to be harsh but I want to keep things fair between everybody next year.

Finally, the last thing I have to address: next year, we want to make sure every blog has a chance. For example, as you can see, a few blogs won multiple awards. We are ALL for that. But, we also want every blog to have a fair chance. Coming next year, a blog can only win one award. I don't say this to be unfair, even though that blog may have definitely deserved the award, but we felt like we wanted to keep this from having the same outcome. So, that's the last change. For exmaple, if I won Well-Known Blog, and then I won Best Reviews afterwards, I would have to give one of them up. If it ever comes to that, I'll ask the person who did win more than one award which award they want. This is just our way of keeping things fair, and the runner-up would then take the place of the previous winner.

Additionally, if you won an award in a category this year, you won't be able to run for it the next year. But you can run for other categories other than the one you won. The year afterwards, you could run for that cateogry again. For example, say I win Best Reviews this year. Next year I won't be able to run for that. I could get nominated, but we won't count any of your nominations in that category. The year afterwards, I could run again if I pleased. Simple, right?

Of course, all these rules can be modified again. For all you know, next year all these rules could be voided and we might go back to our original system. But for now, we feel that we're happy with our new changes.

Email ThisBlogThis!Share to TwitterShare to FacebookShare to Pinterest
Labels: Winners 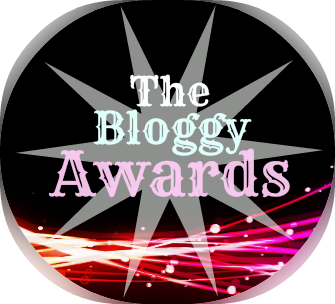